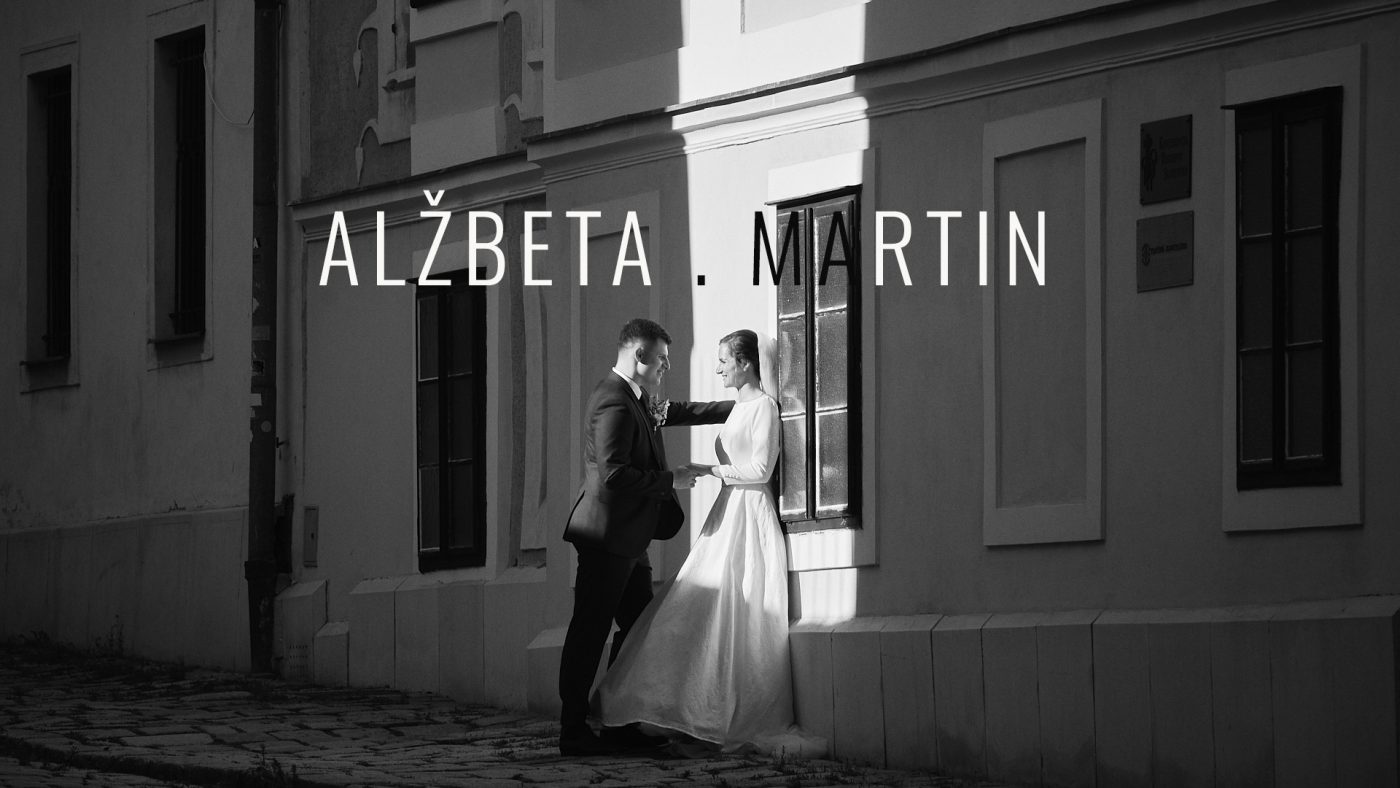 “Feel the unique atmosphere of the city on the Danube, which offers you moody events for young and old, big and small in every season.” To find out more about splendid city of Bratislava, push the button below. 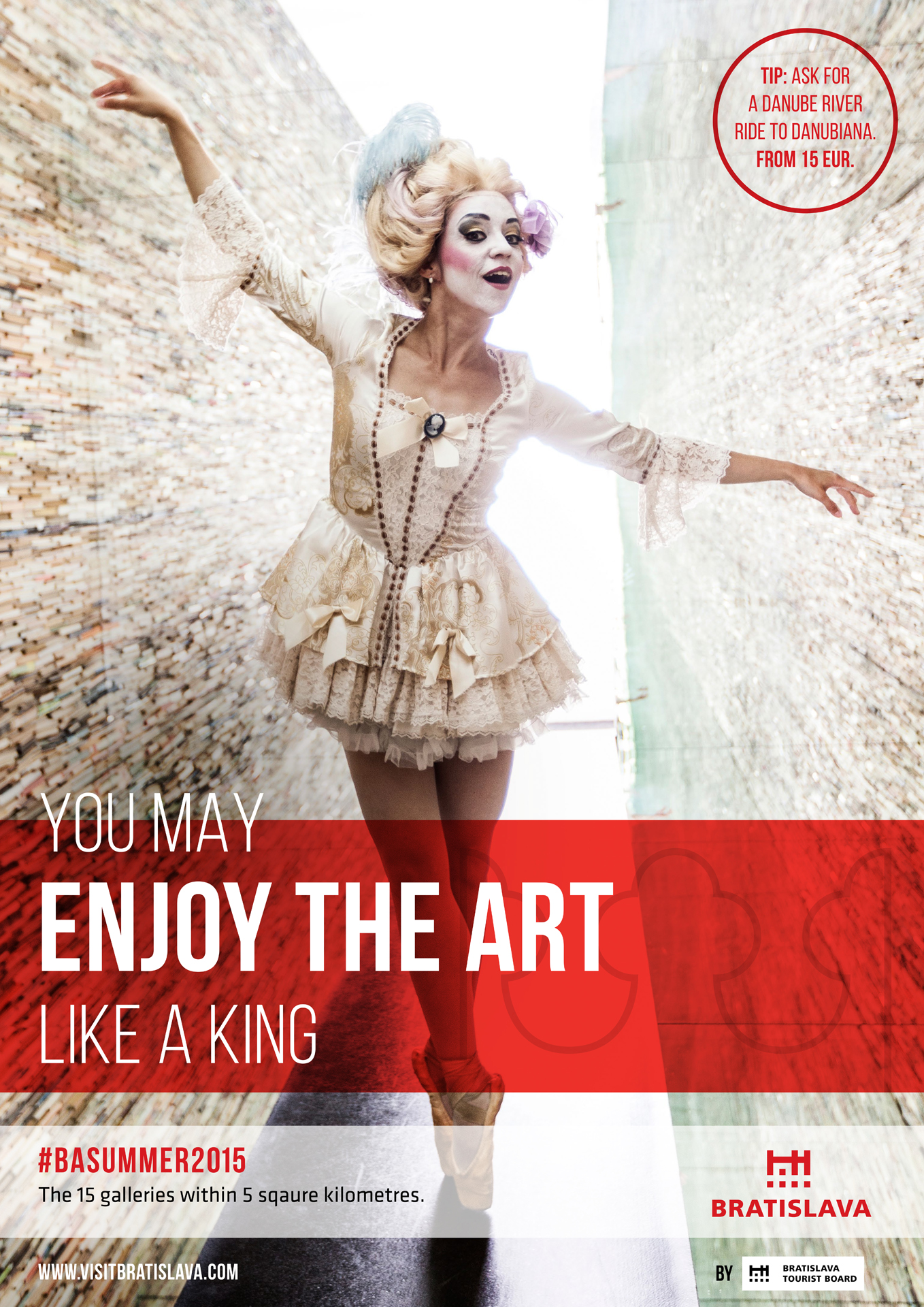 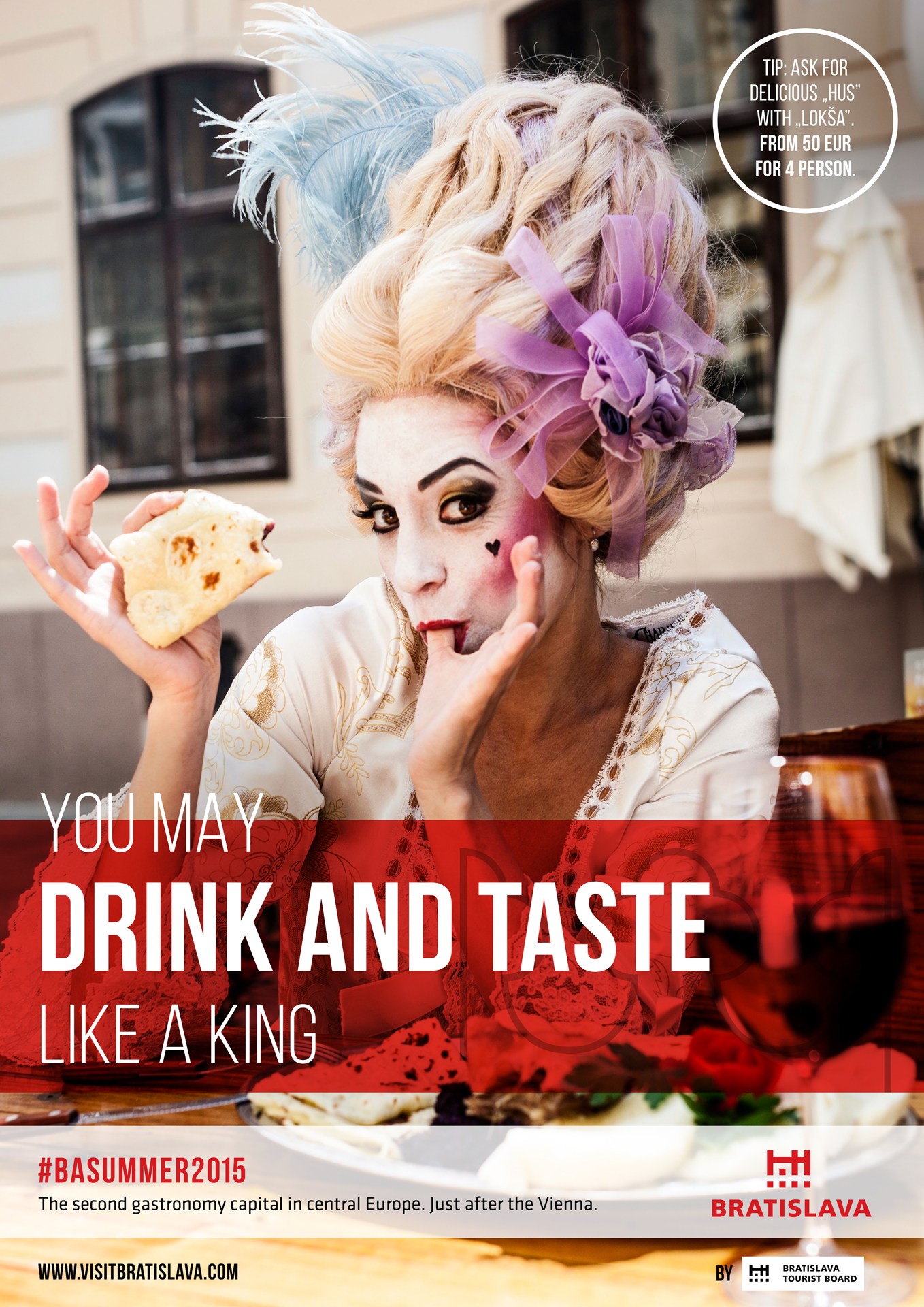 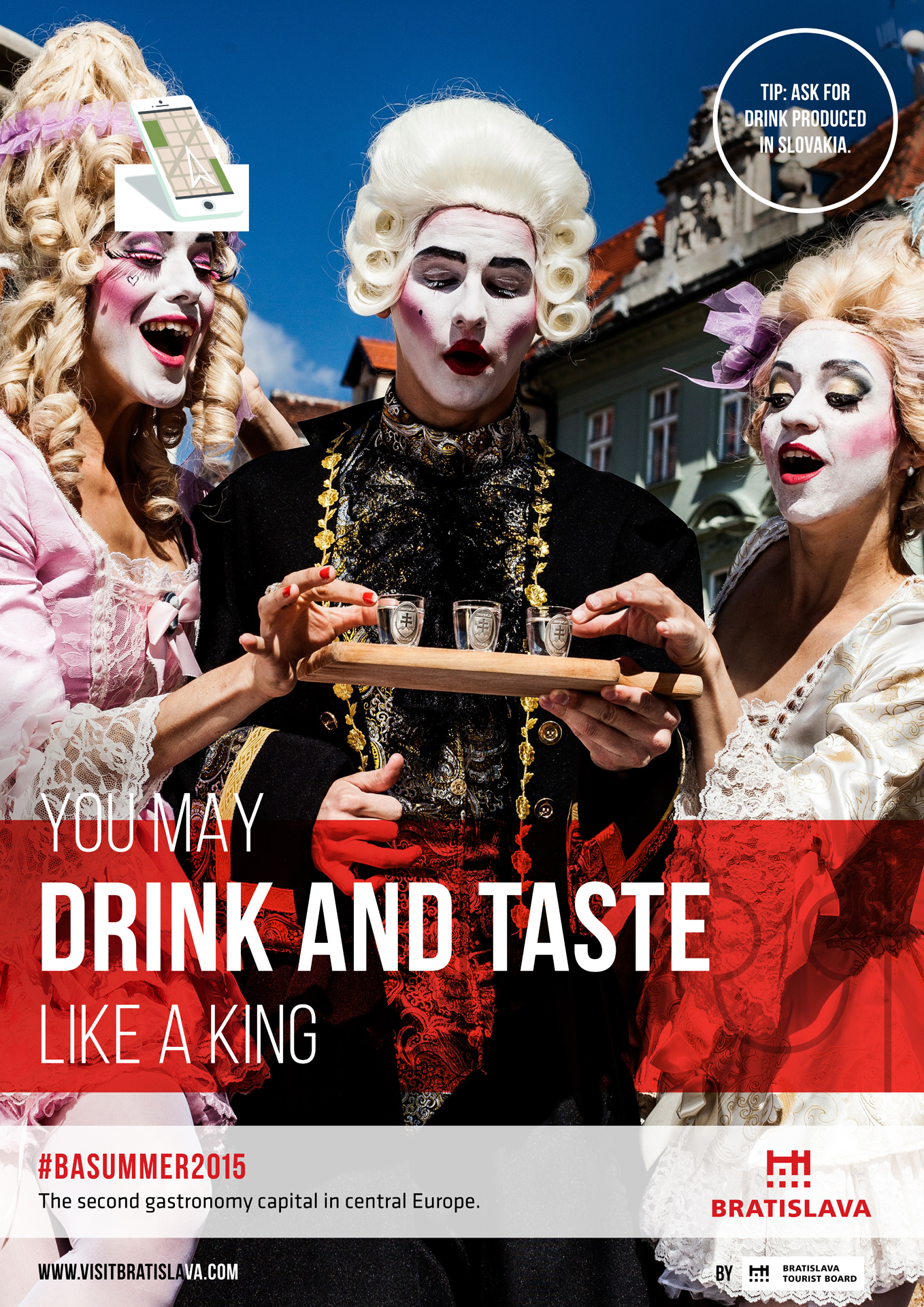 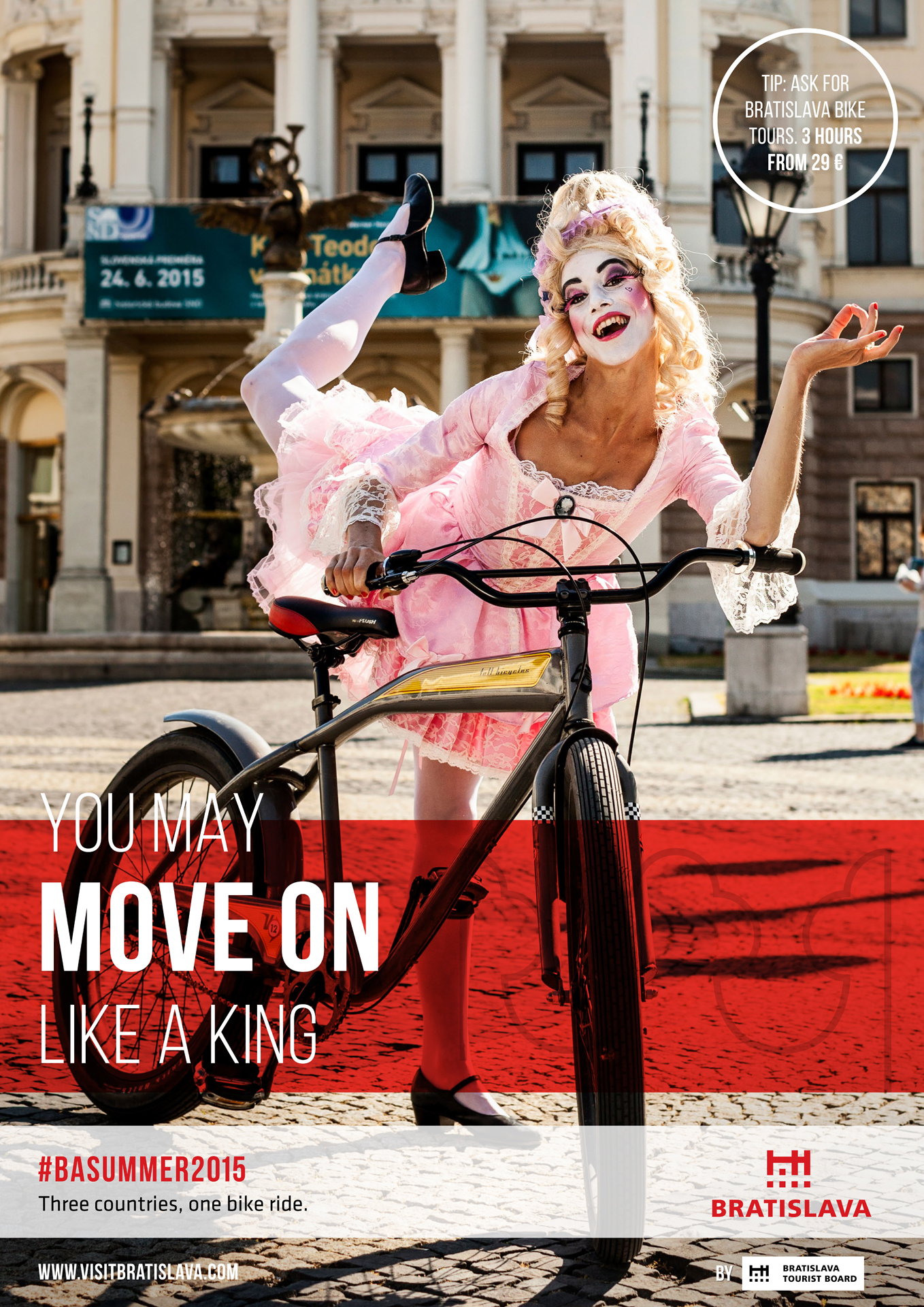 Known as Pressburg to German-speakers or Pozsony to Hungarian-speakers, Bratislava got its present name only 90 years ago.  But the city has a long and proud history that dates back to pre-Roman times.

The hillsides on the edge of the city have been home to vineyards for centuries, and close to Bratislava are wine towns where you can taste the best – and it is startlingly good! – that Slovakia has to offer.

In the city itself there is plenty to see and do.  Bratislava’s long history – as home to Celts, Romans, Germans, Hungarians, Jews, and of course Slovaks – means there is an impressive range of architecture, languages and cuisine.

The handsome homes of the Austro-Hungarian noble families who built palaces here dot the city, and many of them are now open to the public as museums and galleries.  The castle, with its long and chequered history (it has been destroyed more than once), is now undergoing a major restoration.  There are great views over the mediaeval old town and the Danube valley from its fortifications.

Bratislava was once one of the most important centres of Jewish learning in Europe.  A unique memorial to its most renowned rabbi, the Chatam Sofer, and the city’s Museum of Jewish Culture celebrate this heritage.

Communism too left its mark: across the river, the unmistakable ranks of concrete housing blocks – paneláky in Slovak – line the horizon, with the unique UFO-style New Bridge in the foreground.

The Danube River itself is, of course, one of the city’s main assets.  There are several cafes along its banks, within walking distance of the centre.  The ‘UFO’ itself contains an eponymous bar high above the river.  The pedestrian decks of the New and Old Bridges are good places to watch the river traffic, including huge Danube barges, glide past.  Alternatively, you can take to the water yourself: daily hydrofoil services link the city with nearby Vienna.

A succession of four- and five-star hotels have opened in the city over the past few years and quality accommodation is now readily available.  There are also more cheap options than ever before, with several backpacker hostels in the centre of town.

Big pop acts often play concerts in Bratislava, while the Slovak Philharmonic and the opera and ballet of the Slovak National Theatre regularly put on world-class performances.

Numerous restaurants offering international cuisine – from Slovak to French to Argentinian to Japanese – and excellent local beer and wine fill the city centre, alongside lively bars, lounges and clubs.

If, having enjoying the food and drink, you feel like walking – or biking – there are almost unlimited opportunities in the forested hills to the north of the city, or along the Danube to the south, where inline skating is also very popular on the scores of kilometres of traffic-free paths.

And if, after all this, you still want some big-city ‘glamour’ – and, along with it, busloads of gormless tourists – Vienna, Budapest or Prague are close enough for a daytrip.